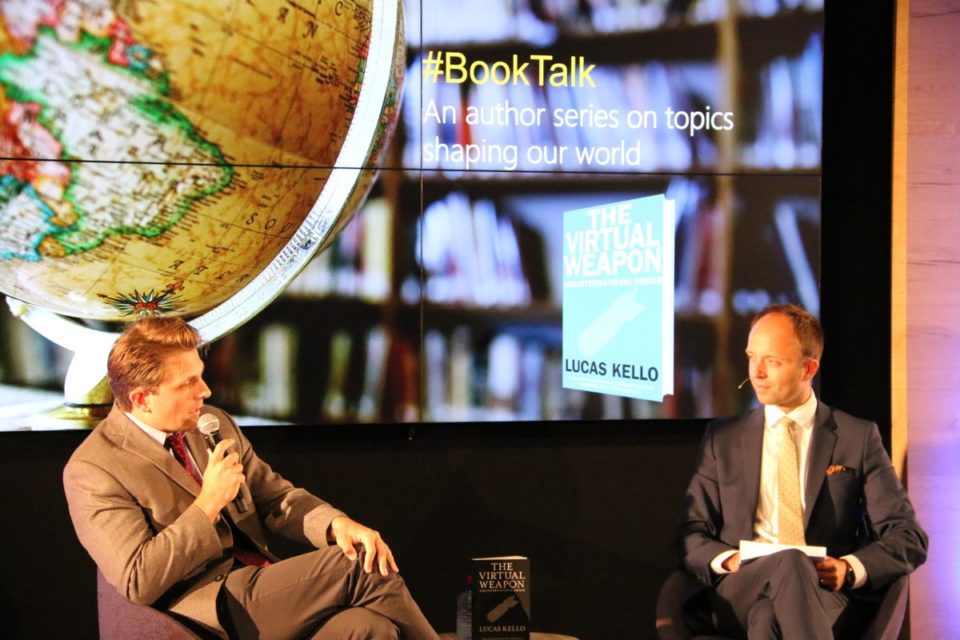 Bruno, at GMF you specialize in security issues and deal with Eastern Europe, particularly with Ukraine. Is it only a job or is it your passion?

Even though I was born in Western Europe, my mind and soul have long been in Eastern Europe. From the very beginning of my career (2008-2009), I had an interest in European and Russian relations. The world was quite different then. My university thesis was about closer cooperation between Russia and Europe. Back then this did not seem unrealistic, and this was just 10 years ago. Even as a student I looked East. I was interested in enlargement of the EU in Central Europe, the Baltics, and the Black Sea region.

After my studies, I was fortunate to start with the German Marshall Fund where, under the leadership of Ronald Asmus, I cultivated a passion for Eastern Europe. Dr. Asmus was the architect behind NATO enlargement in 1990s. From 2008 to 2009, I worked a lot with the Baltic states and I really felt we made a difference in assisting these countries in their efforts to consolidate their Euro-Atlantic ambitions. I believe the GMF plays a positive role in helping these countries to become more influential member states within the EU and NATO by promoting democracy and liberalism and supporting civil society, transparent institutions, and the rule of law.

You said you wrote your thesis on the topic of Russia. This was before your time at the GMF. What influenced your interest in the country?

As a student of international relations, I quickly became aware that despite the fact that the EU and Russia are major powers and neighbors, over the past 300 years these regions have had a rather difficult relationship. I was intrigued by the prospect of finding solutions that would establish better relations between Europeans and Russians, something I believe is in interest of both parties. What is occurring today between Europe and Russia helps no one. Without a plan to create better EU-Russia relations, Europe will never be at peace. Any future security architecture built in Europe should include Russia – even if today that objective seems out of reach.

Let’s be frank. The EU and NATO have invited Russia to reinforce its relationships with the West on many occasions. They have gone beyond what has been expected of them to integrate Russia into their structures. Yet, it must be stressed that the EU and NATO are “clubs of values and norms”. So the question is whether Russia shares these. Today, definitely not. Has it ever shared? I do not think so. Russia has never been a democracy.

You know that Russia is preparing an “internet shutdown”. Do you think it is feasible?

Disconnection from the Internet is not in the Russians’ interest. There are two ways the Internet has developed – open and accessible to everyone or “isolated islands of internets”, i.e., what Russians and Chinese want it to be. If they are successful, there will be not one internet as it is today, but many internets that might or might not interact with each other. In this way, Russia will be able to control and block information from other states. In short, yes, the Russians have the ability to disconnect. However, it would come at an economic cost, as internet is part of economy.

How and when did you start working in Ukraine?

I began working in Ukraine in 2014, right after Euromaidan. At that time, I was already quite involved in the Black Sea Region. After the 2008 Russian invasion of Georgia, we worked with Tbilisi to develop better communication strategies with EU and NATO leadership in an effort to foster a better understanding of Georgian objectives in the key capitals of the Euro-Atlantic space.

In 2014, the revolution in Ukraine came as a shock. I was following the conversation between leaders of the EU and Ukraine on Association Agreement closely, and I understood it would not be easy. However, I did not expect that it would lead to a revolution. I do not believe anyone in Brussels expected it, but it happened nonetheless. Ukrainians’ fight for their sovereignty became an important focus of our work here in the GMF and attention given to the country increased. Now, we work with Ukraine in the same manner that we have with Latvia, Georgia, and other Central and East European countries. We work with Ukrainian civil society and government to increase visibility within the EU and NATO and to network inside the Euro-Atlantic family to which Ukraine belongs.

How has Ukraine changed since Euromaidan? Has it changed for better or for worse?

Talking “Post-Maidan”, as someone who has come to Ukraine almost every month for the past 5 years, I can state that the country today is not the same as in 2014. I believe that in certain domains, the reforms cannot regress. What Ukrainians have accomplished in this short amount of time is amazing! This is good news, but there challenges as well. There are things that have not fundamentally changed, especially when it comes to corruption. I am not so sure that the situation has much improved over the past five years. Even though new laws have been adopted, strict regulations are in place, and the legal framework is there, the results are limited. There is a lot of capacity on paper, but it has not changed the reality on the ground.

As for the quality of life of people, we have seen improvement in big cities. I am not so sure that I can say the same for the countryside. We see that salaries are still extremely low, inflation is on the rise, and people are truly struggling to pay basic bills, such as electricity and water. As long as quality of life and corruption remain unchanged the heritage and the spirit of Maidan will not be realized.

You probably know that Ukrainian volunteers are helping soldiers survive and be effective on the front. What is your opinion on the matter? Should people help the army or is it better to leave this task to the government?

The modernization of the armed forces has been one of the most successful reform areas of Ukraine. In the present-day, if volunteers want to help the army, they should help the government by paying their taxes. I am not sure that the direct connection between wealthy individuals and armed forces is a good thing. These connections must have government oversight, otherwise there is a danger that these ties can be misused.

What are the most remarkable qualities of Ukrainians? What do you think Ukrainians should be proud of but they do not necessarily realize it?

There are two things I learned from Ukraine.

First of all, it is hospitality of people. I have been amazed by how warmly welcomed you can be in Ukraine. You can end up in a small village where people earn almost nothing and yet they will welcome you into their homes and treat you like a king: food, drinks, the spirit of hospitality. This is something you do not always have in Belgium; I had to go to Ukraine to learn about this and bring it back here.

The second thing I learned about Ukrainians is their entrepreneurial spirit in difficult environments. Ukrainians are survivors. You can be in the worst scenario possible, yet you still figure out how to meet your needs at the end of the day.  You come up with ideas. Innovative ideas are emerging in Ukraine. This has been well underestimated in the West. The same goes for the IT and digital potential of your country – it has not been well understood among Europeans.

What shall Ukrainians do to make the West understand it?

Tackle the image that Ukraine is corrupt. This is the general perception here. But, look – you must convince Ukrainians of this, too. Success begins at home.

What do you think of gender equality in Ukraine? Have you met many women on leadership positions there?

The integration of women in government is good. It is even better than in Belgium in certain cases. The business sector, however, is still male-dominated.

Why do you think this is?

I think the traditional family structure still plays big role in Ukraine. It is to be respected, of course, but it encourages conservative man-woman gender roles. In the GMF we focus on diversity – gender, age, race etc. We believe the integration of women in economic life is essential.

During one of the events at the GMF, you asked other speakers how to convince leaders of the West to keep helping Ukraine. How would you answer this question?

If Ukraine is not at peace, Europe will have no peace. The reason why the security architecture of Europe is failing is because of situations like the one in Donbas. Ukraine is the key to peace and prosperity in Europe.